We’ve been on holiday for just over a week now. We started out in Korea and made our way over to the beautiful city of Hoi An. 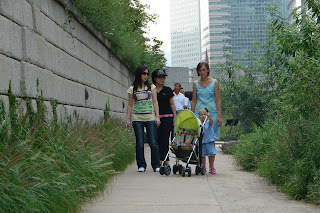 We had lots of fun in Korea. We spent the whole time with JK’s “Korean Sister” and her family. They really overdid themselves in hosting us and treating us to the touristy things in and around their city of Suwon. After spending several days with them, we took a four hour flight for Hanoi. The next day we arrived in Hoi An. Hoi An is a beach town in the middle of Vietnam. Many resorts line the beach. The one we picked is called the Golden Beach Resort. It has a massive pool (I mean huge) and it’s own beach front. We spend our time rotating back and forth between the beach and the pool. Downtown is only a few km away and it is a bustling tourist town. I don’t think I’ve ever really experienced anything quite like it. 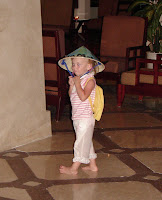