We recently bought what we thought was a coral for our salt water fish tank. However, it turns out it is not only not a coral, but that it is a poisonous sea cucumber called a Sea Apple. The fish store owner apparently didn’t know too much about what she was selling. I asked her before I bought if it needed any special care, or if it could co-habit a tank with fish. She said no special care was needed and that being with fish was no problem. Right…

Video of the Sea Apple eating.
(Anna is jumping around in the background.)

When we got home we plopped it in the tank, got on the computer and started googling this awesome colorful “coral”. That was when we discovered it’s true poisonous nature. In addition, only experts are supposed to attempt raising these things. I am not an expert.

Nonetheless, it is the coolest thing that we’ve seen so far in the saltwater world and I wanted to share some pictures and video. 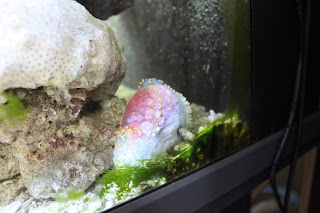 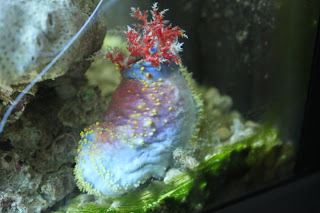 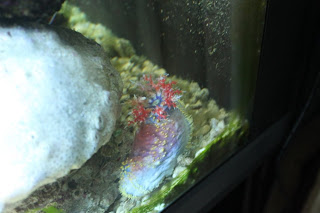 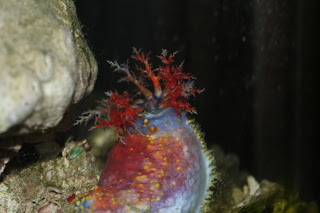 *Don’t worry, it’s only poisonous to the fish in the tank.

One response to “Sea Apple”