Some Observations about the Party Scene

For JK’s birthday I thought I’d take her out on the town. There was a band in town called Immaculate Machine. (I forgot the name, though, and kept telling people we were going to see the Immaculate Conception.) The band was from Canada. What they were doing in China, I have no idea. Their music was quite good. I always wonder what motivation rock bands have to go out on tour. This band didn’t seem to be in it for the party scene, or money, or hookin’ up. They seemed genuinely interested in the music…which is nice. Overall it was a good night. We had a fun time together.

While talking together, we made the following observations:
-Neither one of us have really experienced the party scene before
-Neither one of us particularly like it
-Both of us think it is quite smoky
-We both enjoyed the music
-We’re usually in bed by the time the headline band hits the stage
-I think we’ll do it again, sometime 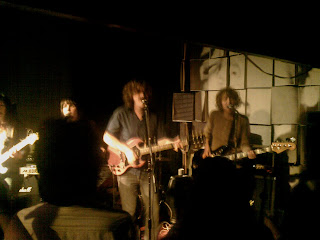 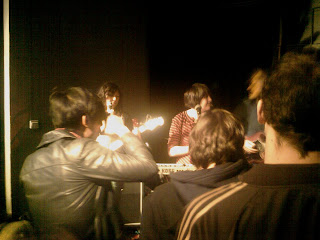 2 responses to “Some Observations about the Party Scene”