Christmas trees remind of us Jacquelyn’s mom. She loved decorating for Christmas. We’ve had a hard time taking the tree down this year. It’s been on Jacquelyn’s todo list for a couple of weeks now, but she can’t quite bring herself to take it down. I think we’ll just keep it up for a little while longer.

I also thought this would be a good time to take a selfie. How do I look? 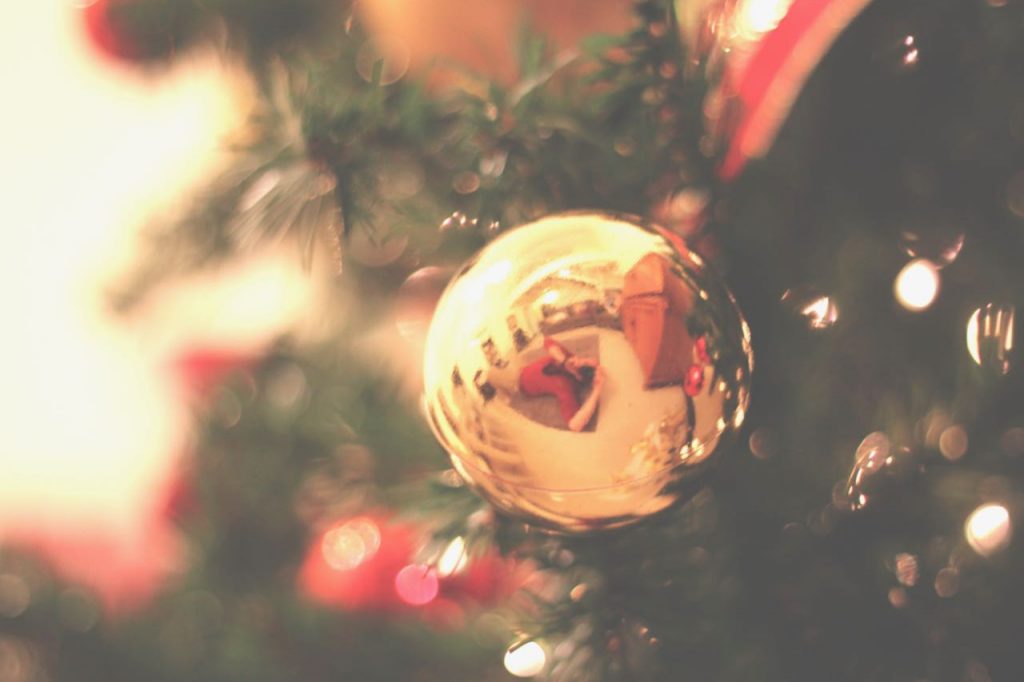 Oh, Christmas pictures. The joy. The family unity. The cooperation of children with their totally relaxed parents.

I didn’t ban the children from the room multiple times during setup because they kept tripping on the light cords.

I didn’t threaten to ban a child from the Christmas picture altogether, thereby erasing him from our family (for at least one year).

One of our kids didn’t break a piece of the nativity set.

That same kid didn’t sit on a present like a chair, smashing it.

Well, regardless of what really happened, we did get some fun pictures. 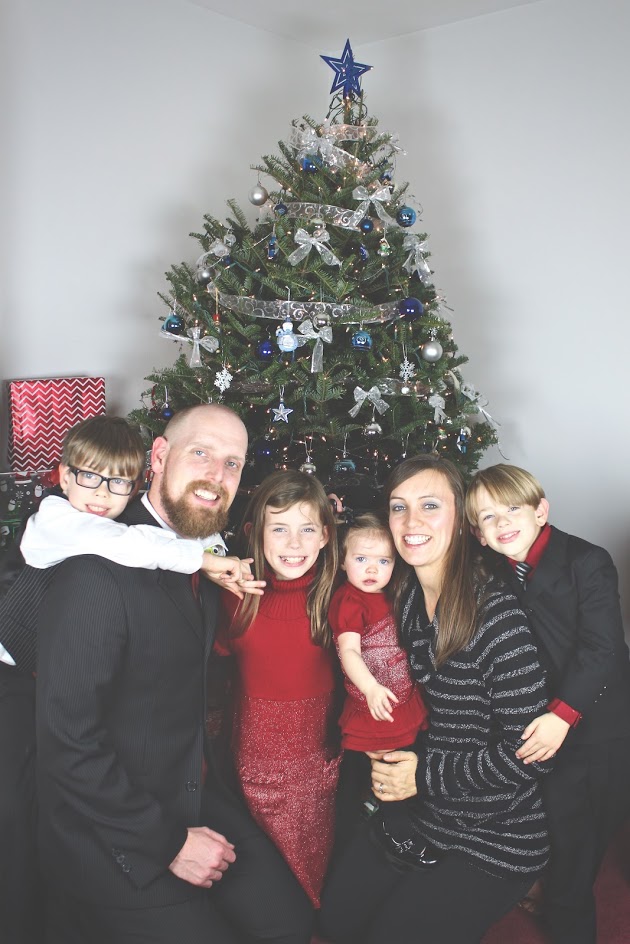 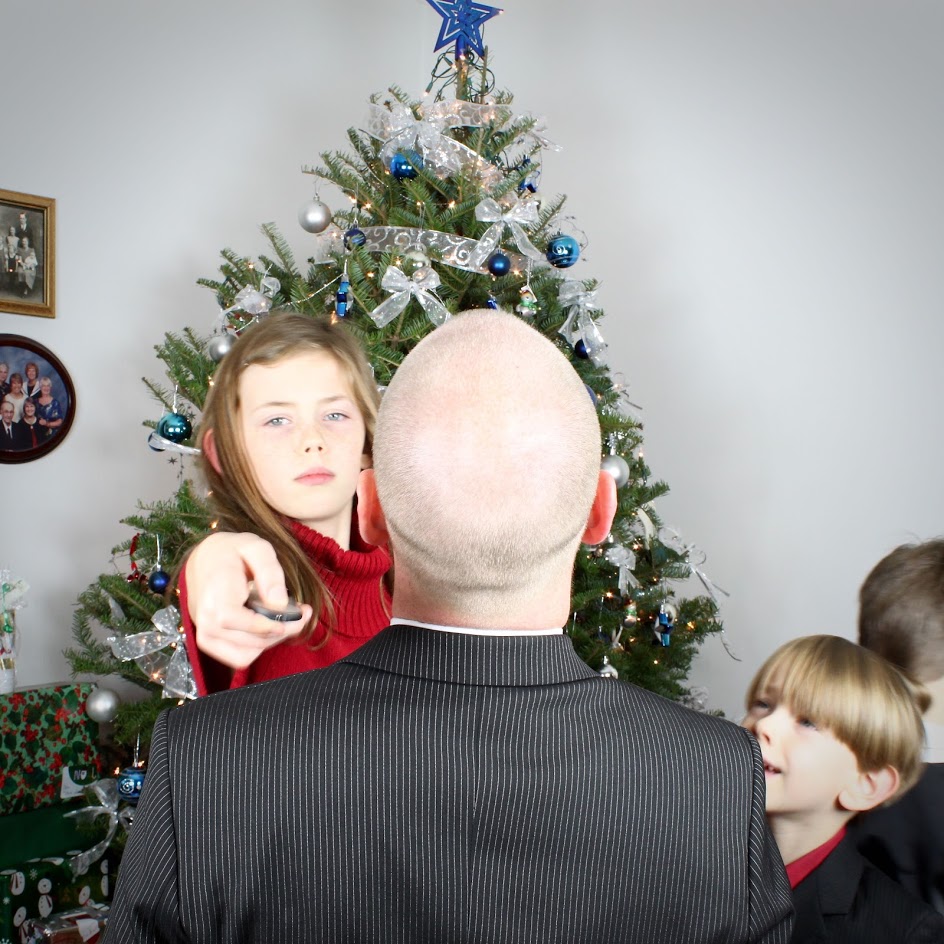 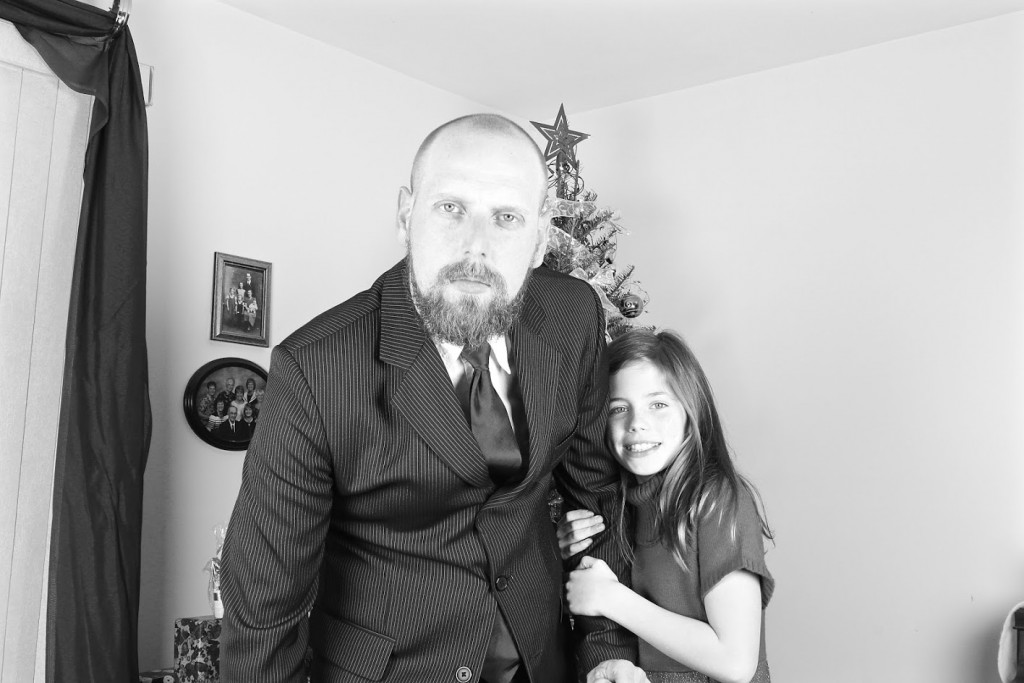 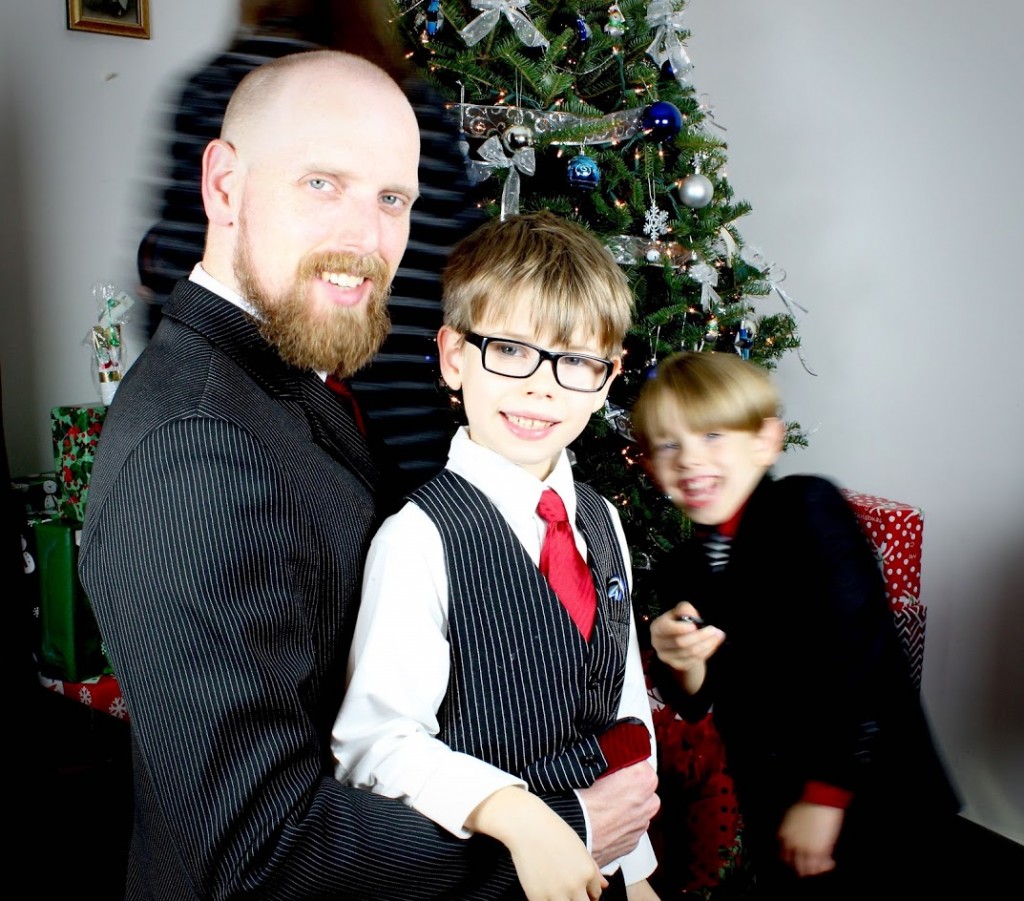 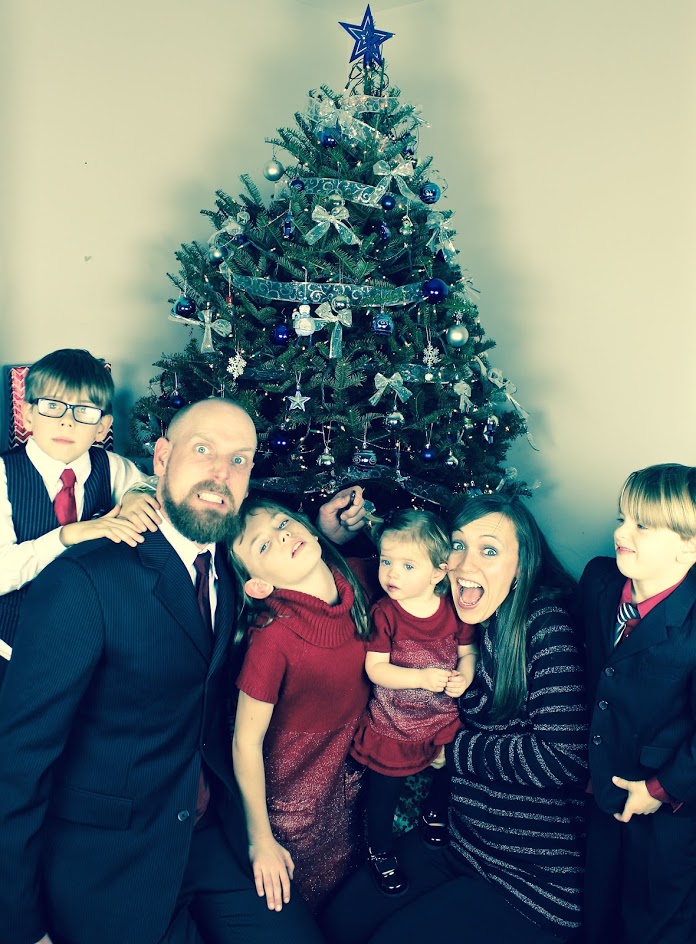 Last night we went caroling with our youth group. We visited mostly people from our church, but we also hit a few neighbors of one of our leaders. It was fun and I think it meant a lot to the people whose houses we visited. It also worked out that we got bring along our little ones! They had a good time, I think.

In my last post I mentioned we were looking for ways to get the whole family involved in a project. Though caroling wasn’t exactly what I had in mind, I think it was certainly a good project for all of us to be involved with. Anything that we can do to show care for other people is way to show and act out that Christmas isn’t just about ourselves. What better way to acknowledge Christ’s service of coming to this earth to empathize with us as we navigate this complicated place than to serve others and show that they are cared for?

We’re not really big fans of Santa. He’s a nice guy and all, but…well…you know, it’s just that…he’s not real. I know, I know, I’m a party pooper for the kids. My wife and I have had quite a few discussions about Santa even before we were married. Her parents weren’t fans of Santa by any means, but mine didn’t hate him as much.

I quite liked the way my parents handled Santa. They didn’t push it, but they also didn’t crush it. When asked if Santa was real, they would often reply with a question, “What do YOU think?” After I figured it out (and still to this day) I never felt deceived by them. They saw that Santa was fun for kids, but didn’t let it take it over the true meaning of Christmas.

One of our favorite holiday movies is The Santa Clause. But each time I watch it, I am utterly dumbfounded at the lengths Tim Allen’s character goes to in order to keep Charlie believing. It’s no longer a fun little thing for kids to believe in…it’s…it’s, I actually have no idea what it is at that point. When a kid figures it out, the gig’s up! Let him/her be. It was fun while it lasted, but now let’s move on and create more Christmas fun. Of course in the movie Santa IS real, and the goofy, Psychologist guy trying to do just that is made out to be a fool. And of course, it’s absolutely hysterical. We love it.

Last year our daughter came home talking about an argument that she was involved in surrounding the realness of Santa. Apparently one kid in the class was a strong advocate for Santa. Anna and a group of the kids in the class came down on the side against Santa. (Keep in mind that Anna was in Kindergarten.) I was proud of my daughter that she was already so grounded and not carried away by the Santa thing. But, in the tradition of my parents, we didn’t say yes or no. We just listened and tried to hear her summation of the arguments. We thought it was settled in her mind. But, alas, the holiday stir has once again come upon us and so has Santa.

For my work I needed to photograph Santa in action talking with the kids, so I took along the family. Normally we probably wouldn’t go out of our way to have the kids visit Santa, but since I needed to go anyway, I thought they might enjoy it. When I told Anna what we were doing I said, “There’s going to be a Santa there that you can talk to”, she said, “Oh, so you’re saying there really IS a Santa – that he’s real.” Seriously, that’s what she said. It wasn’t even a question, it was a statement. “Uh, that’s not what I said…”, I said with my volume increasing as she walked away to look at the decorations in the store. Man, I thought we had this thing figured out!

We weren’t really in a good place to have this discussion, what with all the kids clamoring to tell Santa what they wanted for Christmas and all. So I let it go. Well, actually, we didn’t just let it go, we added to the confusion by having Anna and the gang meet with Santa.

She and Santa didn’t have a really strong connection, though, so I think her wisdom will prevail soon once again.

We all had a great Christmas this year. Check out the cute video of Anna playing with some of her new toys.