In coming back to China, one of things we really wanted to see was our children continue learning violin. Over the past couple of years we’ve tried local Chinese teachers, and even had some good success with an online teacher living in the Netherlands. But lately Jacquelyn has been helping them. We’ve had ups and downs in consistency, but Jacquelyn has worked really hard at working with the kids and getting them to practice. 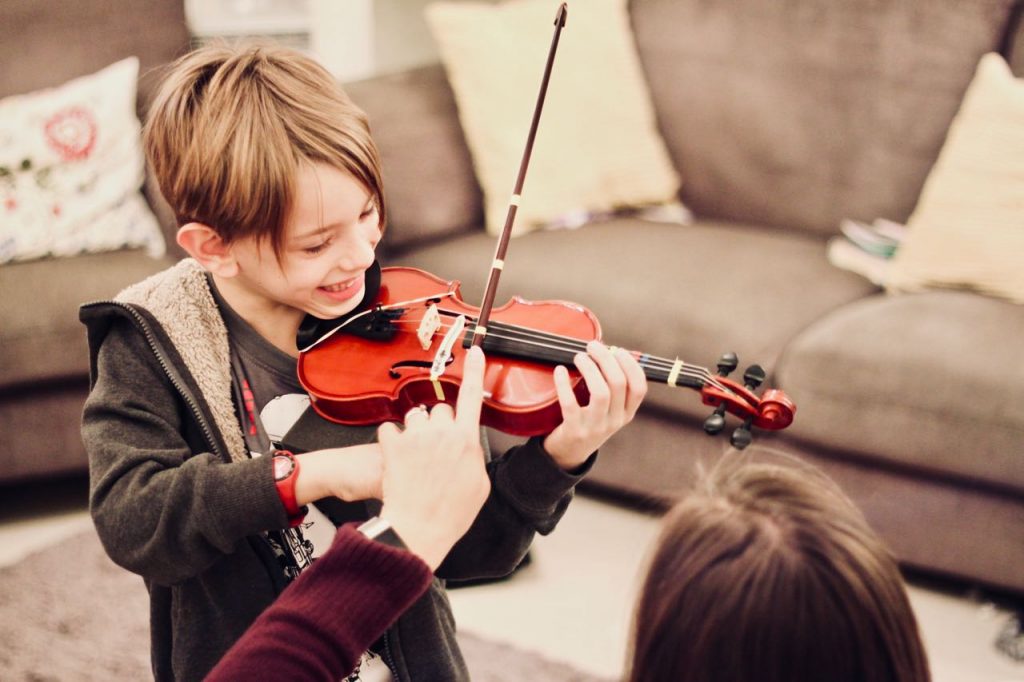 #aphotoaday Mirror of the Past

In my daily interactions with my children I don’t typically think about the fact that my children look like me. It’s not that I don’t think they do, I just don’t think about it. But when I saw this picture, it immediately reminded me of the photos of my childhood. It was like looking into a mirror of the past.

Micah’s usually our early riser. He’s also the first one done with getting ready to go in the morning. But it also means he has extra time while the rest of us are busy getting ready. This morning he wanted me to play a game. He ended up playing it by himself.

Every week our 3rd grader brings home a movie from the school’s library. One particular DVD they bring home is called Angel Wars. Honestly, I can’t say I’m a fan. The topic of destruction is a heavy one and the animation and story line are lacking. But, the boys like it and I can just leave the room when I’m annoyed at it. 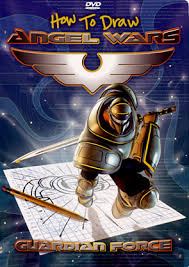 So, this week when they brought home another DVD from this series I was again disappointed, but then, once we put it in, I realized it was actually a “how to draw angel wars” DVD. This I can handle. I happily set them up with paper and pencil and let them at it. I wasn’t expecting much. The boys don’t particular like to draw nor have they made any spectacular drawings. But, they actually did a pretty great job! 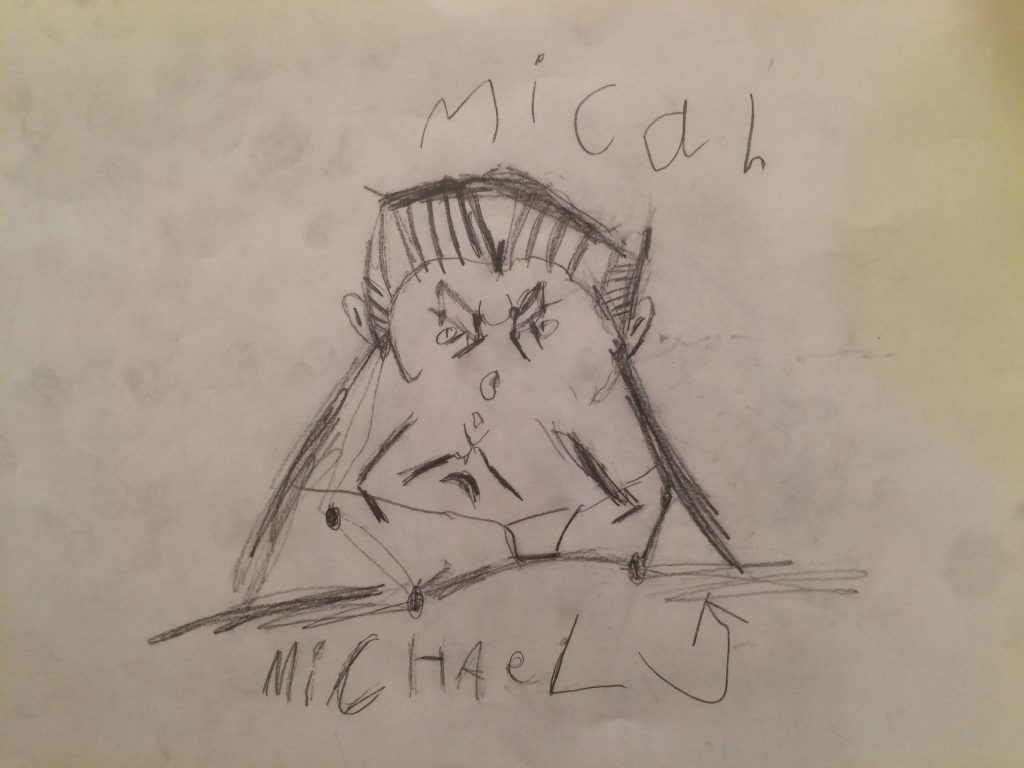 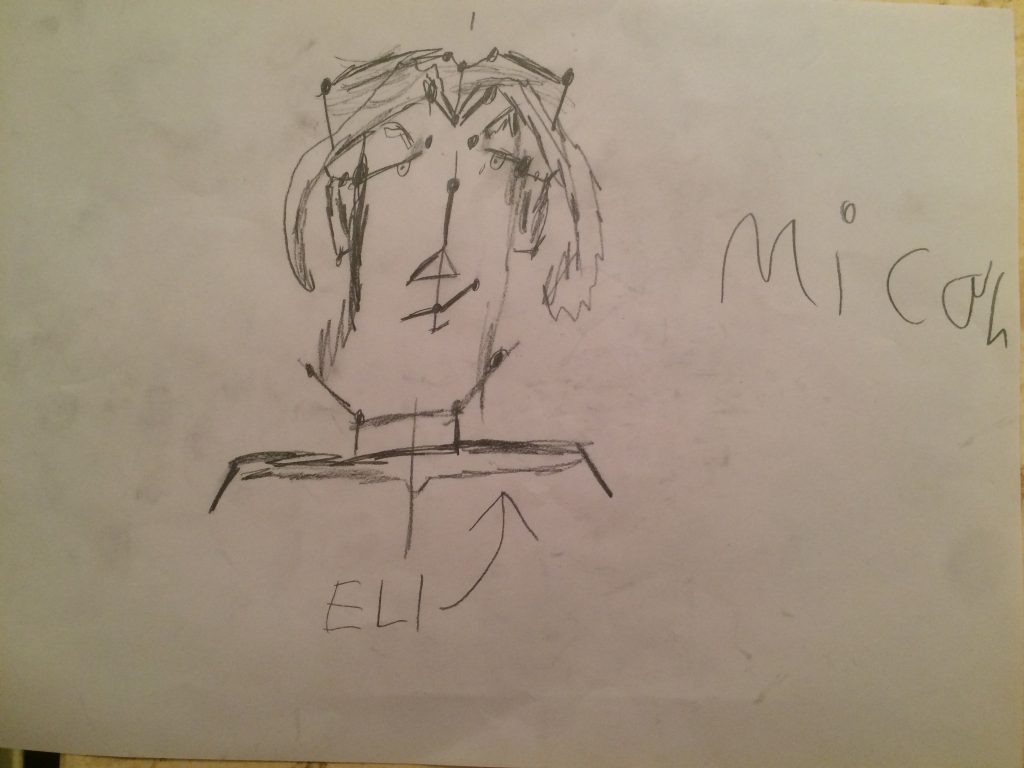 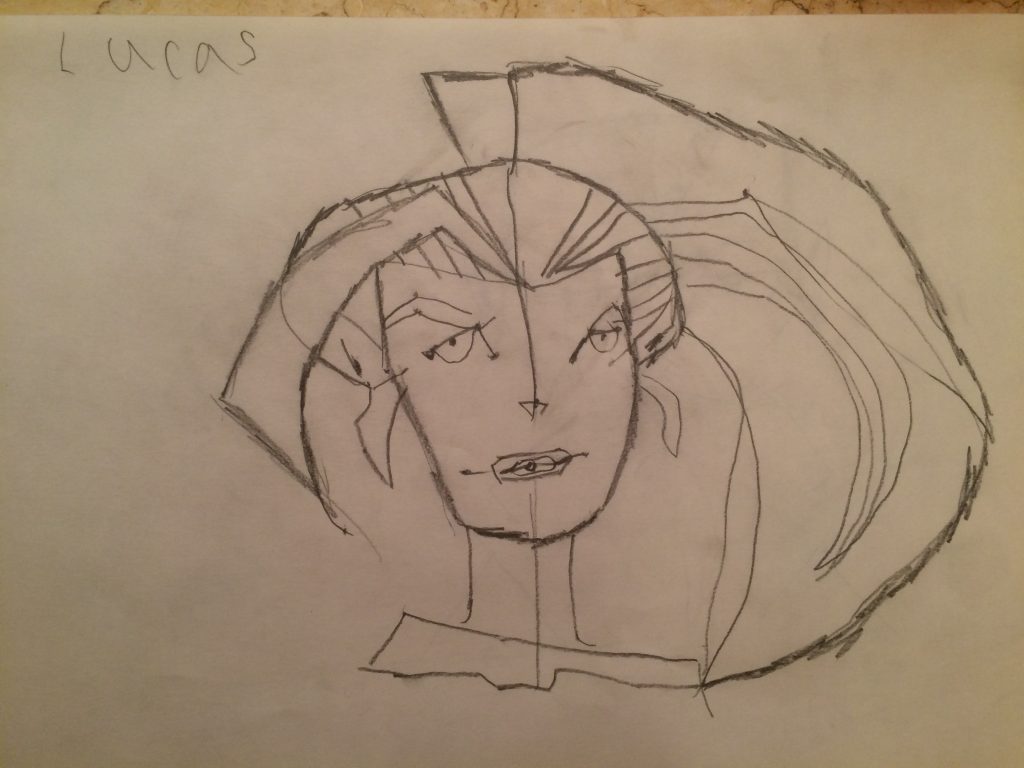 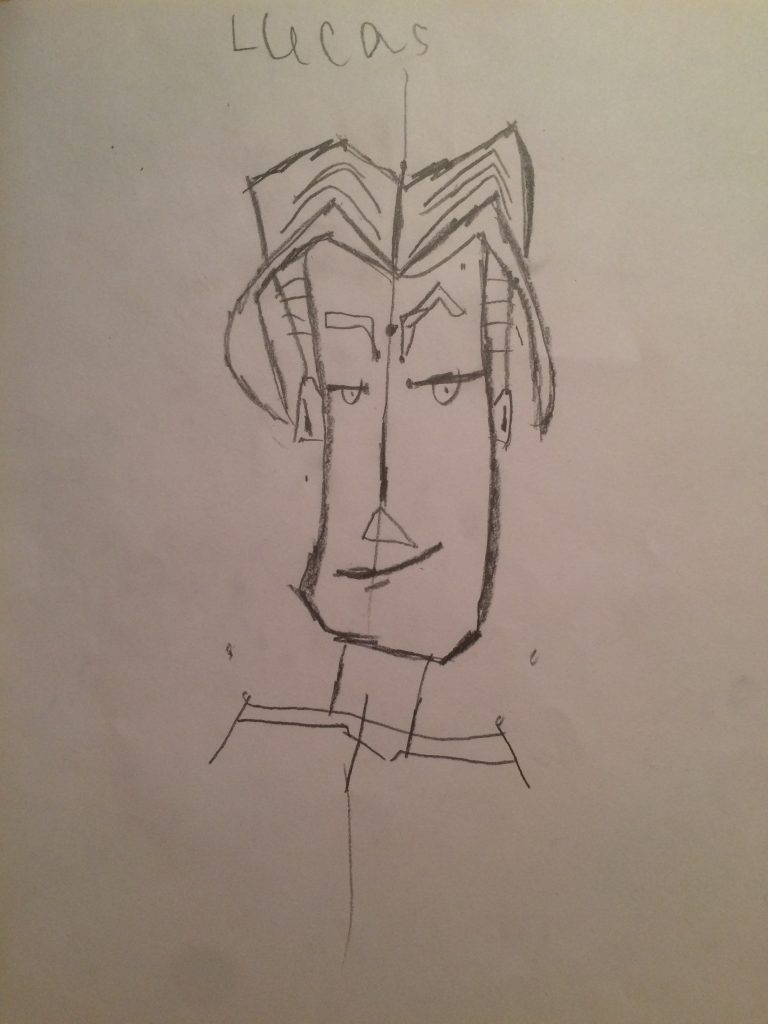 This reminds me of a regret of mine. I was in kindergarten and boy named Justin was an excellent drawer. I remember all the kids would huddle around him as he worked on and displayed his latest works. At one point I was chatting with him and he said, “Drawing is easy. I can show you how. Would you like to learn?” (I don’t know if that’ exactly what he said. That was like 1986…). And I, for whatever reason – shyness?, said “no”. I’ve literally regretted that decisions forever. I still do. (Don’t worry, it’s not something that keeps me awake at night. Just when I think about it, I feel regret.)

Micah Taught Himself to Ride a Bike

So, all of the sudden Micah can do this…

He did this all on his own. In fact, he got upset when I tried to help him. He had been dying for a bike and he finally got one. He was riding it within the day!

The pink color and butterflies probably gave away the fact that this previously belonged to a girl, so we went out and got some spray paint and our friend helped us paint it. 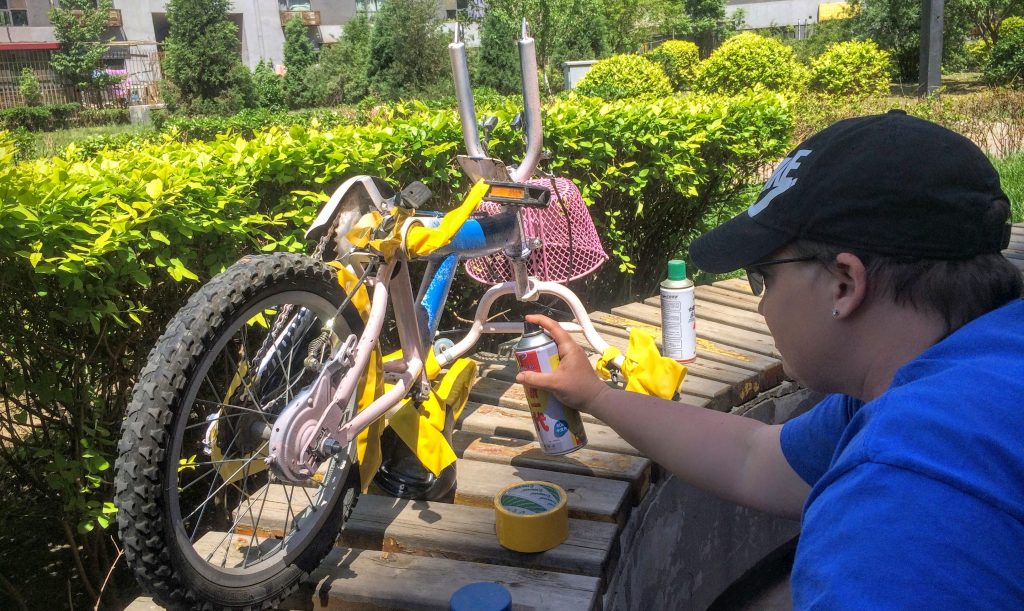 Update on Life in the USA

We’ve been back in the States for about 3 months now. God has blessed us in many ways since being back. The biggest thing has been His providing of a job for me. For the last month I’ve been working as the Webmaster for a family-owned chain of grocery stores here in the Hudson Valley of NY. I love the work and the people there are great.

Additionally, I’ve started working some freelance web-design projects. I just finished the first project and am quite happy with it. I’ll be writing another blog about it later.

Jacquelyn has adjusted pretty nicely, too. It’s been tough on her as she’s had to adjust her routine to me finding a job. Am I there all the time? Am I working on freelance projects? Do I have a job? Now that I’ve been working for a month, though, she’s finding her stride. Even though we’ve only got one kid in school, it seems like there’s already a bunch of running around to do.

Anna is attending the same school that her mother attended when she was a little girl. We’ve seen her shine so much since starting school. She was definitely ready for school! She’s reading very well. Jacquelyn is giving her piano lessons, as well, and Anna is doing EXTREMELY well with it. She’s got such a high aptitude for learning. She’s still having some hearing issues, but we hope to get our insurance situation worked out shortly and we will be visiting an ENT to get it fixed soon.

Lucas has taken a bit of time getting used to things around here. It took about a month of tears every time we left him in nursery at church for him to finally embrace it. But he’s such a fun and easy-going kid. He’s now loving being there. We’re also thrilled to report that He is now peeing and pooping on the potty! Woo Hoo! We’ve had a few accidents, and will probably a few more in the future, but he’s basically got it down.

Micah is super-cute. It’s hard to have a bad day when he’s around with his huge smile and crazy get-up-and-go crawling and attempts at walking. He’s very much like his big sister and the opposite of his big brother. When he and Lucas get older, I think it’s going to make for a very interesting relationship.

Micah in the Bath