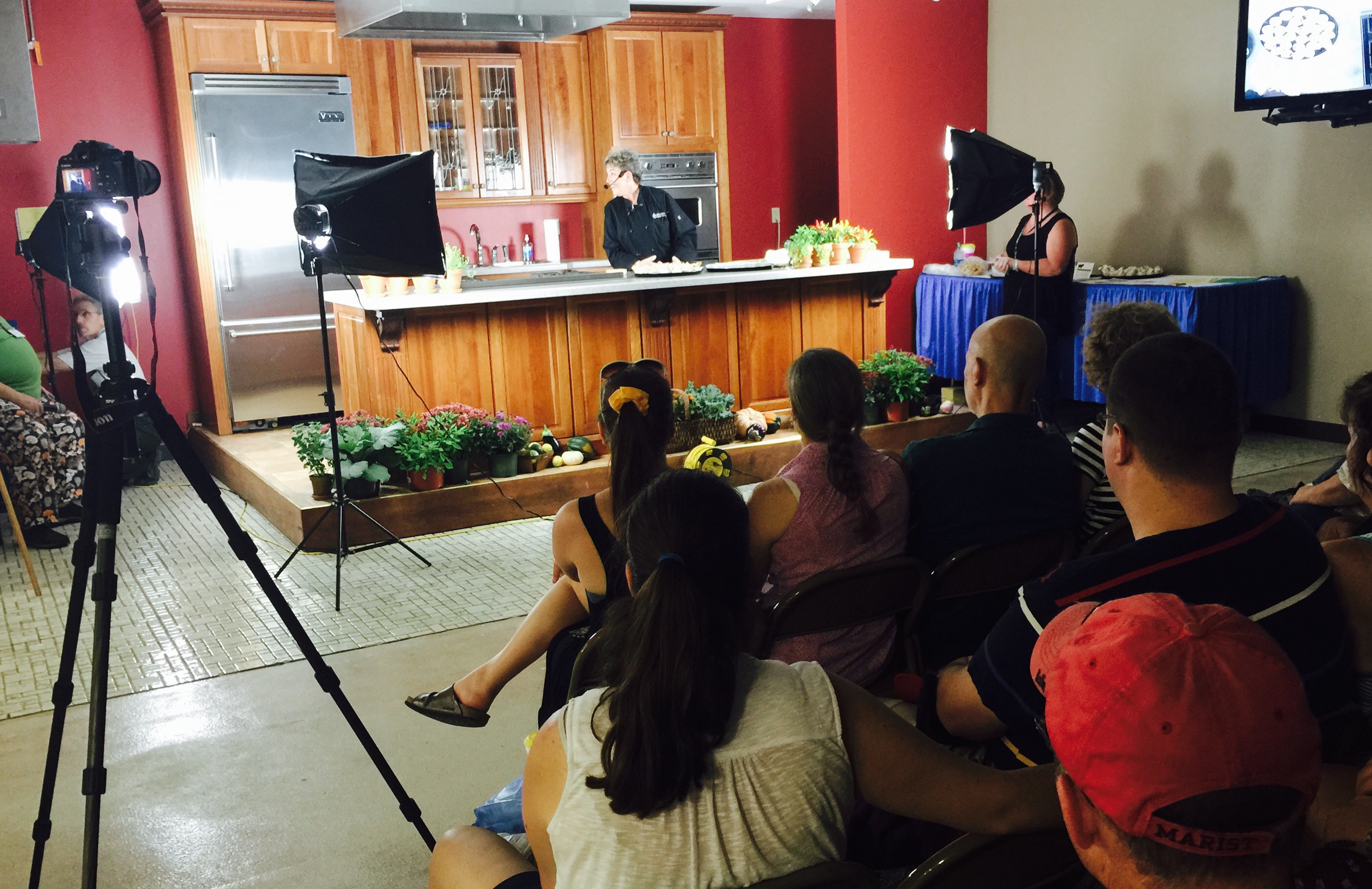 Today I expanded my horizons a bit by videoing a food seminar. Having taken pictures at this location before, I knew it was going to be a tough place to video. The lighting is horrible and the sound…oh, the sound. The ambient noise from the neighboring science exhibit alone was enough to drive a sound man crazy. But when the boss says take a video, a video is going to be created one way or another.

My first task was to find lighting. I’ve had success with setting up a mobile studio for products shots by just looking around Adorama’s website. But I needed a bit more help with this since I haven’t had much experience with continuous lighting. So, I did a quick YouTube search and found this awesome video giving a great rundown of continuous lighting options.

So, here’s what I ended up with:

I bought it on Amazon for about $165. Not bad at all considering what you get. There a few quirks with some of the equipment, but I think it’s with the cost.

As mentioned, sound at this location was a pain. Remember, this is in a very busy venue with lots of different vendors. The only solution was to individually mic the person giving the seminar. This would mean that she would actually be wearing two microphones – one for speaker system and one for the recording.

My colleague had already done the research on this for a different project. So, I used it. This is what we used:

Again, my colleague had already researched and bought a camcorder. He bought this along with the before-mentioned microphone kit. Because of that, it worked greatly as the main audio source.

On the side I used my trusty Canon Rebel T1i DSLR. It was one of the first DSLRs to do video. It doesn’t have auto focus which can be a pain, but it’s great for taking short clips or using it as a secondary camera. I would provide a link, but it’s not in production anymore. But if I were to recommend a similar product, I’d recommend this one:

Just to throw in one more view, I also setup a GoPro for an up close shot. I have the Hero 3. There are newer models now, but the Hero 3 does the well enough.